Is The UK Citizenship Test Hard? 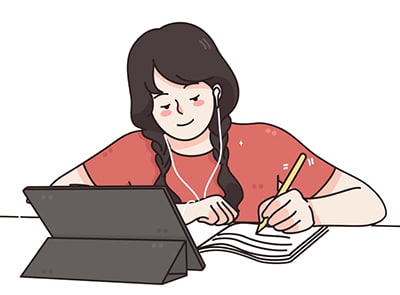 For you to become a citizen in the UK, you must pass the UK Citizenship test. Other than that, you must have also resided in the country for a while, be able to speak and write in English as well as have no criminal convictions in the past. Surprisingly, many of those who take this test fail miserably.

The UK citizenship test is known to be the hardest compared to tests of other countries such as Australia. In Sandwell, a UK citizenship test done in 2016 recorded more than half of the people doing the test failing. Those taking the test were 1031 and 574 of them did not pass. There has been a lot of criticism online even amongst UK citizens who themselves have also claimed inability to pass this test.

What Could Be The Problem?

Similar to other citizenship tests, this particular one consists of a wide range of aspects that relate to British culture and history. There are lots of sample tests only for you to try and gauge your understanding. Most of the immigrants have argued that the department in charge (Home Office) is very strict on the history of the nation and this shouldn’t be the case.

When you fail the test, you can retake it but must pay an additional £50. According to statistics, the margin of those that fail the UK citizenship test is always more than 36%. This is not just in one or two test centres but across England as a whole.

The UK citizenship test, also known as the ‘Life in The UK Test’ entails 24 questions. And to pass you must get at least 75% of them correct. The exam takes a maximum of 45 minutes. As mentioned earlier, it is impossible for you to acquire citizenship without passing the test which contains questions of all genres.

On social media, people who have actually done the test have complained about how unfair the exam is especially how it revolves mainly around British history. Others who have taken other tests such as the Australian citizenship test have commented on how easy it is and not as hard as the British one. Most of the questions included are obscure and require knowledge of past events and the exact dates they occurred.

However, no matter how much people complain about the difficulty of passing the UK citizenship test if you are interested in becoming a citizen. You must find a way to pass. Out of the percentage that fails the exam, on the other side, some do well. Below we are going to give you tips on how to pass the UK Citizenship test.

Recent test results are showing that the test is getting harder because more people are failing. However, are you planning to take the Life in the UK test? Then you must do everything in your power to ensure you pass the first time and don have to waste time and resources sitting for another exam.

We will show you how you can pass this test below. But first, you must pass by the Home Office and collect the official handbook that will teach you all you need to know about the UK Citizenship test. Taking online citizenship practise tests can also sharpen your knowledge. Here are additional tips to help you pass the UK citizenship test;

Take this from hundreds of people who have done this test. Those who frequently took online practices realized that the actual test was way easier. This, therefore, means that they did pass with flying colours.

You can familiarize yourself with this by doing practice tests because some questions might require more than one correct answer. Therefore, stop cramming points and understand what you are reading.

Don’t rush to answer because the examiners might set trick questions. Processing every question is very essential in helping you come up with the best answer.

To prevent cheating, the Home Office came up with a system where every candidate is given their own unique set of questions to answer. Therefore don’t go in there with the mentality of asking those seated next to you for help.

The required pass mark is 75%. This means that you don’t have to score everything correctly. Don’t dwell so much on questions that are hard to answer. Instead, focus more on those that you can.

With these guidelines, you can pass the UK citizenship test no matter how hard people say it is. It is also advisable for you to let go of this mentality that the test is hard because it might interfere with your studying behaviour. Should you fail a UK citizenship test, you shouldn’t give up but instead, continue taking more citizenship practice tests and book fir another exam.